Switzerland's fourth national language remains quite a mystery in the eyes of the outside world…and even in the eyes of many Swiss people. Romansh is spoken almost exclusively in the Canton of Graubünden and rarely reaches the ears of other Swiss people. Yet it is part of the Swiss identity and has status as a national and official language. Today, this cultural heritage is at risk. Its use is declining despite measures aimed at reviving it, since it has to compete with Swiss German.

According to a study by the Swiss Federal Statistical Office, 0.5% of Swiss people listed Romansh as one of their main languages in 2019 versus 1.1% in 1910. In other words, the proportion of people who speak Romansh has fallen by half over the past century! Romansh nevertheless remains widely spoken in two parts of Graubünden: the Surselva valley and the Lower Engadine. Romansh speakers are unique in that they are all bilingual, and they also speak another national language. Indeed, Graubünden is the only Swiss canton with three official languages: German, Romansh and Italian.

Where does Romansh come from? It is a Romance language, like Italian, French and Catalan. In 15 B.C. the Romans conquered the province of Rhaetia, which included the current territory of Graubünden. ‘Rumantsch’ is a legacy of the vernacular spoken by soldiers and colonists, and it was influenced by the language used by the native people. Until the 15th century, most of those living in Graubünden spoke it. After the city of Chur burned down in 1464, it started to become Germanised under the influence of the German-speaking workmen involved in the city's reconstruction and the Romansch-speaking community lost its linguistic and cultural centre. Clearly, linguistic competition between Germanic and Romance languages in the region is nothing new!

Just like Swiss German, the country's fourth national language is not a unified language yet people speaking the different varieties (or ‘idioms’), which are each divided into several dialects, are able to understand each other. Most linguists divide Romansh into five, mostly spoken, varieties: Sursilvan, Sutsilvan, Surmiran, Puter and Vallader. They all exist in the spoken and written form, have a literary tradition going back 400 years, and have their own grammar and dictionaries. This diversity owes to the fragmentation of communities in a region famous for its 150 valleys. A single cultural centre has not emerged, and the five officially recognised varieties are considered equal. 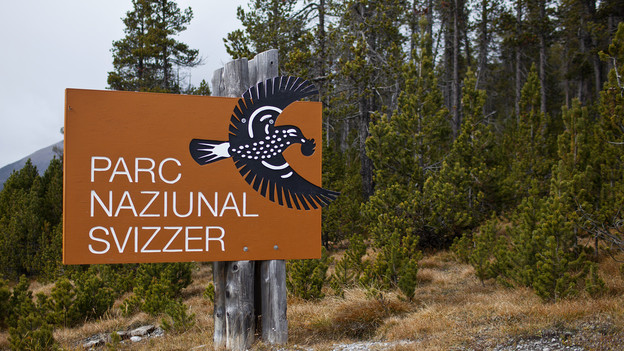 This diversity was a problem when Romansh became an official language. A common written standard was required for it to be used in the public administration. This led to the creation of “Rumantsch Grischun” in 1982 by Professor Heinrich Schmid. Romansh speakers, who remain attached to their own dialect, continue to resist this new version.

Achieving recognition as an official language

In the 19th century, the Canton of Graubünden encouraged Romansh speakers to learn German. This initiative was not to the liking of those concerned: people spoke out in defence of their language, and the Lia Rumantscha – the umbrella organisation for the preservation and promotion of Romansh– was founded in 1919.

Following a long struggle, Romansh became the fourth Swiss national language in 1938. That's when the Swiss people approved this status, with a majority of 91.6%. It became an official language, which includes the right of Romansh speakers to use it in administrative matters, in 1996. Its use remains limited, however, and official texts are not always translated. And while Romansh speakers can write to the administration in their respective regional variety, they will receive an answer in Rumantsch Grischun.

Romansh lacks prominence elsewhere in Switzerland. It is only taught at a small number of universities, including Fribourg, Geneva and Zurich. And in the 20th century, industrialisation in the Canton of Graubünden and growing tourism led the local people to favour Swiss German over Romansh. Nevertheless, it is still spoken by around 60,000 people and has its own public service media called Radiotelevisiun Svizra Rumantscha, which is broadcast on Swiss-German channels and available online.

A number of initiatives are coordinated by the Lia Rumantscha, the entity that promotes this language and that is largely financed by the Swiss Confederation and the Canton of Graubünden. These include Romansh classes for Portuguese-speaking immigrants, to help them assimilate in Graubünden and encourage the use of this language. Microsoft Office was translated in 2006, allowing Romansh speakers to compose texts with the aid of spell checking based on Rumantsch Grischun. Writers, singers and rappers also produce works in their dialect. And in the educational sphere, each commune in Graubünden is free to choose its official language and the language of teaching. As a result, some schools provide their students with a bilingual curriculum.

It is not just within the borders of Graubünden that the future of this language is playing out. A large number of Romansh speakers leave their home canton for their studies or for professional reasons. Currently, almost 40% live outside the canton. Their diaspora is particularly dense in Zurich, the closest university city. Around a thousand Romansh speakers live there.

This raises a crucial question: will these ‘emigrants’ preserve their native language or leave it behind in their new life? Many are attached to their culture, and new initiatives are being launched, such as creating Romansh-speaking day-care centres in Zurich and organising classes for children by the Quarta Lingua association in Zurich and Basel. This approach paves the way for the language to be passed along to the younger generation, thus ensuring its survival.

The Swiss discoverer of Petra

The catacombs of Valais: as fascinating as those of Paris