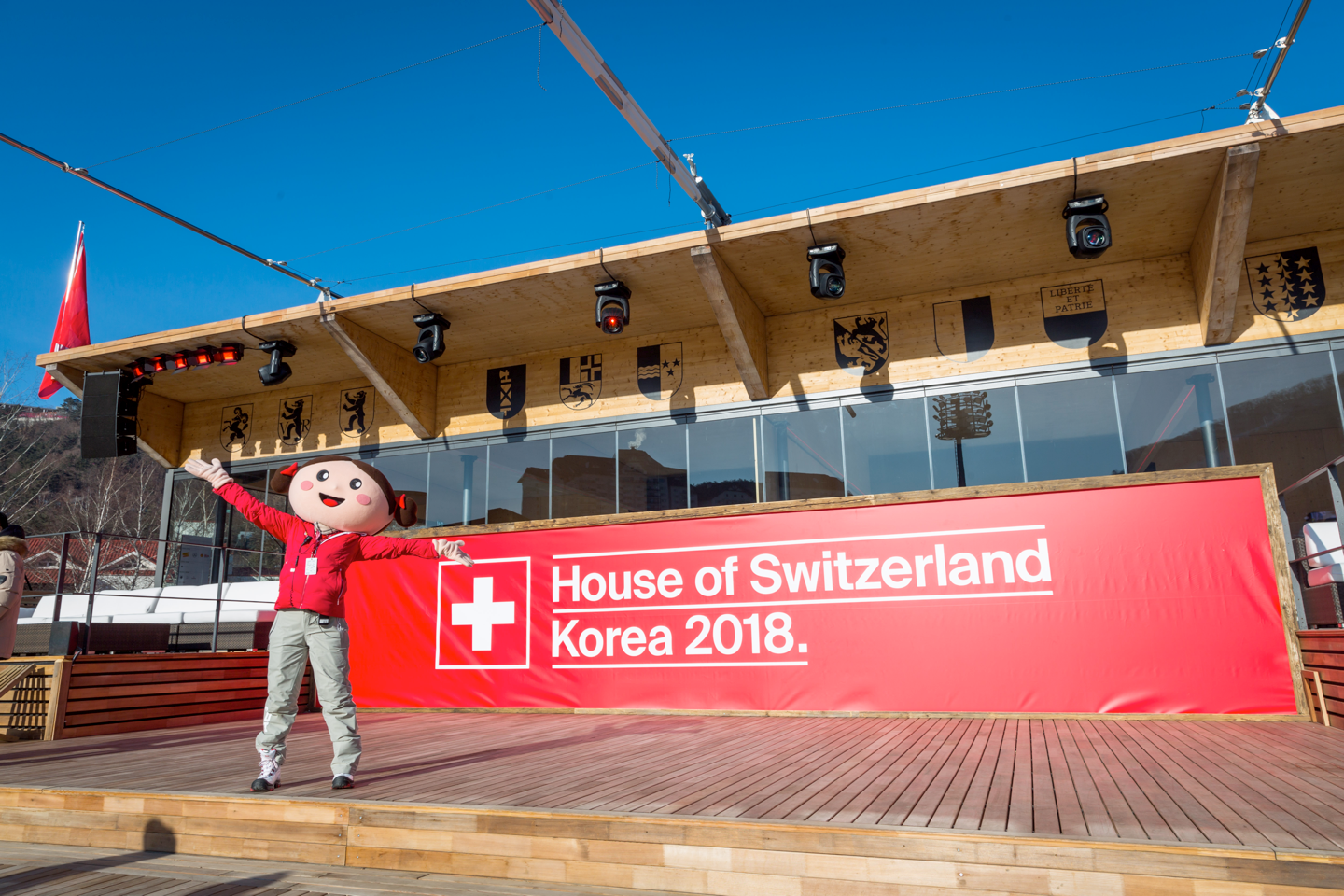 In cooperation with the partner organisation Swiss Olympic, the Swiss Olympic team and their fans will gather here with sports enthusiasts and media professionals from all nations to watch the events and celebrate the medals won by Swiss athletes. The House of Switzerland also hosts SRG SSR television and radio studios.

Visitors to our little piece of Switzerland will even be able to ski and play hockey! No previous House of Switzerland has been so close to our athletes and embodied so perfectly the winter sports that are written into our DNA,

The House of Switzerland, measuring 1,400 square metres, will also offer its approximately 100,000 expected visitors a restaurant serving Swiss specialities, two shops, an attractive outdoor area with a large screen to watch the events, an après-ski bar and a Swiss market consisting of six traditional chalets where Swiss tourism, culinary specialities and innovation will be showcased in cooperation with various public and private-sector partners. The restaurant's menu features raclette, fondue, dried meat and rösti, as well as a selection of Swiss wines. The timber structure of the two main buildings was used in 2016 for the Summer Olympics in Rio de Janeiro.

Sion 2026 is using one of the House of Switzerland chalets to present its bid for the 2026 Winter Olympics.

The House of Switzerland is a unique platform to launch the Sion 2026 campaign internationally. The entire Swiss Olympic family will be here to present to the world one of the strongest bids ever made to host the Winter Games,

Partners, sponsors and VIPs from the worlds of sport, business, politics and culture will use the HoS as a platform to promote business and trade opportunities, and also to hold receptions and press conferences. The President of the Swiss Confederation, Alain Berset, will be welcomed at the House of Switezrland on 10 February together with representatives from the International Organisation of La Francophonie. Guy Parmelin, head of the Federal Department of Defence, Civil Protection and Sport, will also visit the HoS. 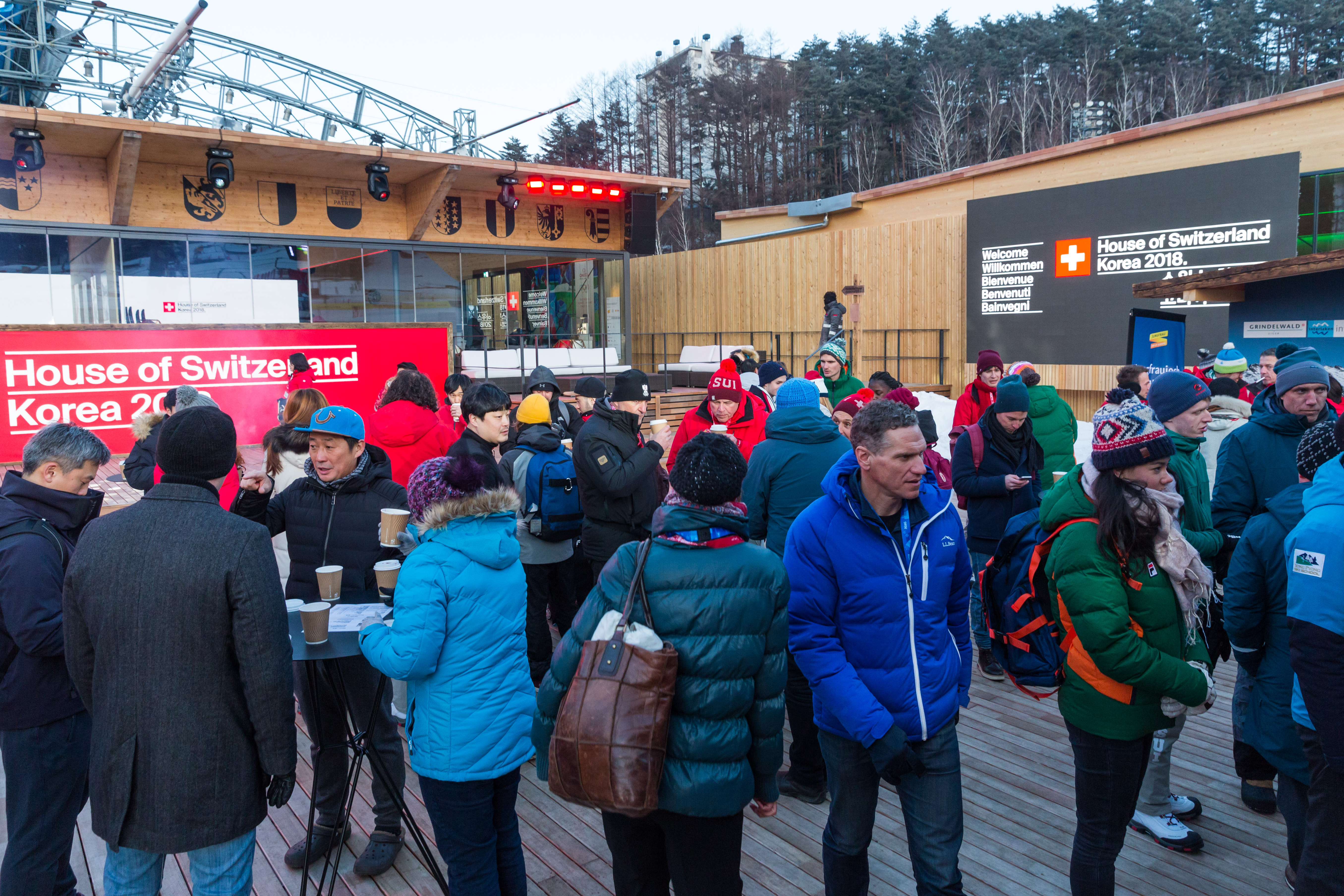 During the Paralympic Games from 9 to 18 March 2018, Switzerland will host a joint 'Alpine House' together with Germany and Austria.