9 Nostalgic Memories of Growing up in Switzerland

There was a time when Swiss children went to school on Saturdays. Yet they had enough free time to build cardboard houses, play the game of Gummitwist and amuse themselves with toys that were mostly made out of wood.

Dimitri is the founder of Newly Swissed, the online magazine about Switzerland.

That was last century, and here are some nostalgic childhood memories of growing up in Switzerland:

When you rehearsed a poem so that St. Nikolaus would not take you away in his sack.

For the most part, growing up in Switzerland was carefree, but one deadline that no child in the German speaking part of the country wanted to miss was 6 December. On this day every year, the Swiss Santa and his sidekick Schmutzli would emerge from the forest to pay us a visit.

One way to get it over with swiftly and with no surprises was to have a poem ready. After St. Nikolaus had finished with his praise (and some hints for behavioural improvements), it was show time for us kids: “Sami niggi näggi, hinder em Ofe stäggi…” The reward? Plenty of nuts, figs, chocolate and tangerines.

When you wore Tigerfinkli slippers like all your friends.

Don’t judge us, please! Generations of kids who were brought up in Switzerland used to wear them: Tigerfinkli (tiger slippers). 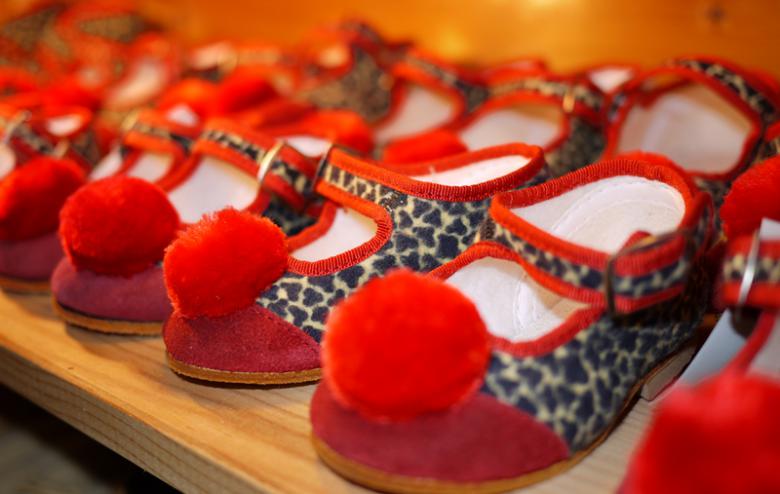 For many decades after their invention in 1938, the iconic shoes were handmade in places like Fehraltorf or Diessenhofen, Switzerland. Why are they called ‘tiger’ slippers when the pattern looks more like that of a leopard? Nobody quite knows, but they were likely named by childhood fashion victims like this author who did not know his wild cats just yet…

Today, the product line has been expanded to include adult sized slippers and various accessories such as wallets or purses. Also, the manufacture of this millennium’s ‘tiger’ fashion has moved to Poland.

When you started elementary school and your parents got you a fur covered rucksack made of Swiss goat leather.

Globi, Papa Moll and Pingu did not appear on school rucksacks until the 1990s. Until then, children entering first grade were still using tried and tested fur covered backpacks to haul their books and ink pens to school. 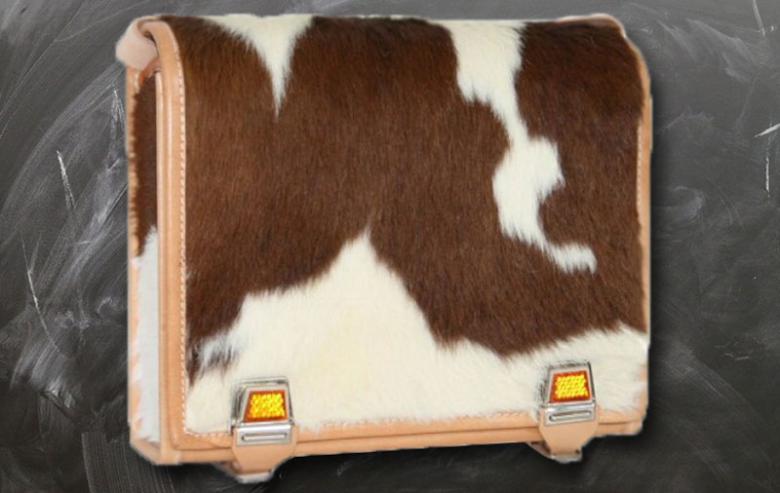 Costing upwards of 150 francs in today’s prices, a school bag like this was quite an investment. I still remember the day when my grandparents took me to a leather goods shop to pick my own Thek. Given that the pattern of the fur is as unique as a fingerprint, students learned to recognise their rucksack among all the others. (They had six years to figure it out – and some unfortunate souls even went through high school with it…)

When the Swiss military tanks passed through town and you begged the soldiers for cookies and chocolate bars. 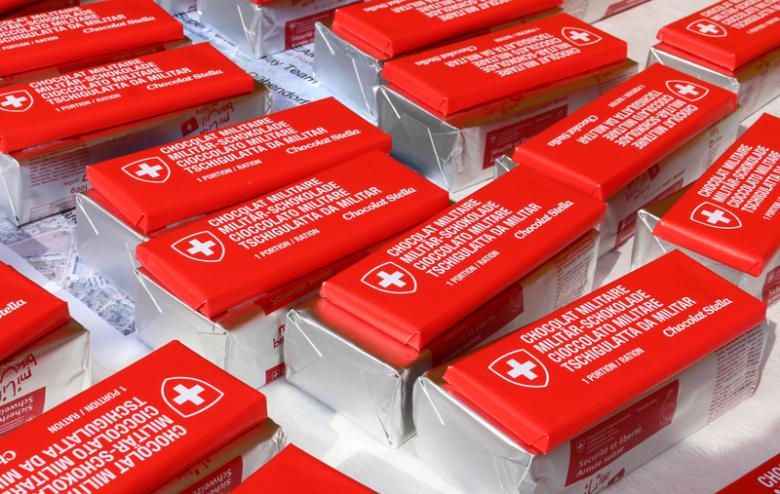 About once a year during summer break, the Swiss Army would move a fleet of tanks and armoured vehicles from point A to point B. We could hear the tanks from far away as they rolled across the asphalt on main street – straight through my village. All the kids would run to the side of the road and wave at the soldiers. If we got lucky, they would respond by tossing bars of chocolate and cases of cookies at us.

This was not some kind of PR coup to make the Swiss army appear more likeable, but rather a routine operation. This is Switzerland, after all, and every activity has a purpose.

When your school’s end-of-year field trip involved hiking to the highest point in the canton.

It is said that Swiss kids learn to hike before they can pronounce Chuchichäschtli. In the last century when the idea of chasing virtual Pokémon would have creeped us out, climbing steep trails was an important survival skill. 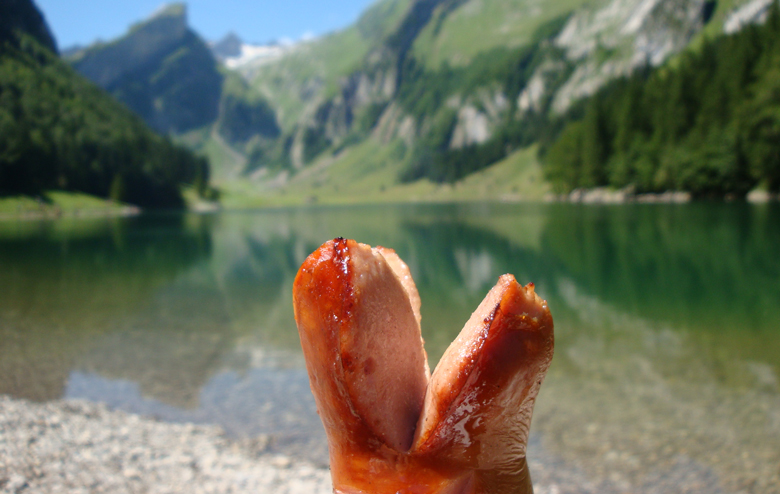 This became apparent once the first year of elementary school came to a close and the teacher announced a field trip. A field trip, it quite literally was. At first, we would walk across the countryside to a nearby town. Then, with every year, the hikes became longer until they culminated at the highest point in the canton. What were we doing up there? Barbecuing a cervelat, of course!

When the Migroswagen showed up in your town and your parents gave you a coin to buy a snack.

Before the time of 24/7 convenience stores and Migrolinos with extended opening hours, Migros operated a fleet of up to 144 vans. Since 1925 and up to quite recently they would deliver groceries like rice, pasta and coffee as well as sundries like soap to consumers in the most remote corners of Switzerland.

Many rural areas had no reliable access to a grocery store – business was conducted at drug stores or the local dairy. So until 2007 when Migros’ online shop became more popular, the chain still served 33 towns in the mountainous canton of Valais by van. The last time I remember buying a chocolate popsicle in a Migros van was in the late 1980s. Those who want to walk down memory lane and see a vintage Migros van again can visit the Swiss Museum of Transport in Lucerne.

When you visited the airport observation deck in Zurich to watch the Swissair planes.

There was a time when X-ray body scanners and airport video surveillance were a thing of the distant future. As a child of the 1980s, I have fond memories of the observation deck in terminal B at Zurich Airport. It was freely accessible to anyone who wanted to watch airplanes from up close or wave to a departing friend.

For us kids, an equally important attraction was the gigantic metal airplane, which asked to be climbed and toyed with. All the while in the background the iconic vessels of Swissair, Crossair and Balair would taxi, take off and land. Those were the days when kids received colouring books and Caran d’Ache pencils from the stewardess, and the pilots had no problem inviting passengers to the cockpit.

And when you had to locate the green non-smoking coaches on the SBB/CFF/FFS trains. 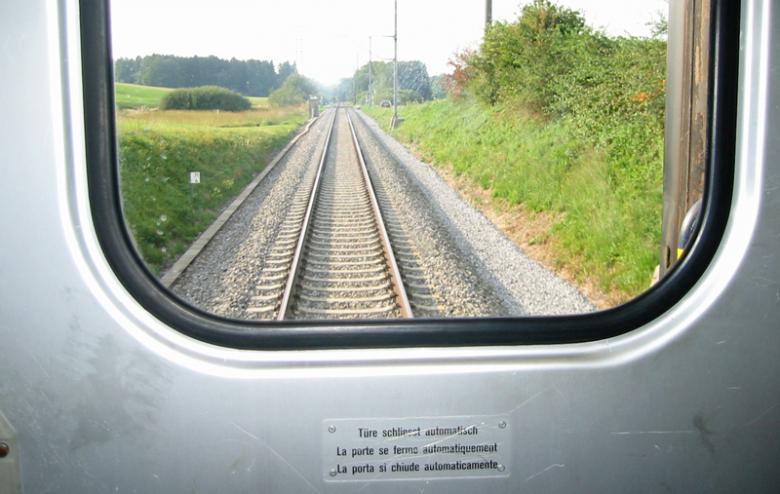 Ash trays had to be manually cleaned and air filters replaced more frequently. In addition, lots of complaints were filed by fellow passengers who demanded more non-smoking seats and better insulation between the sections.

While seeing people smoke on trains seems like a memory from the childhood, it was banned only fairly recently when in December 2005 a new nationwide law came into effect to prevent the adverse effects of second hand smoke, thus banning smoking on public transportation.

And of course, we were members of the SBB Junior Club! 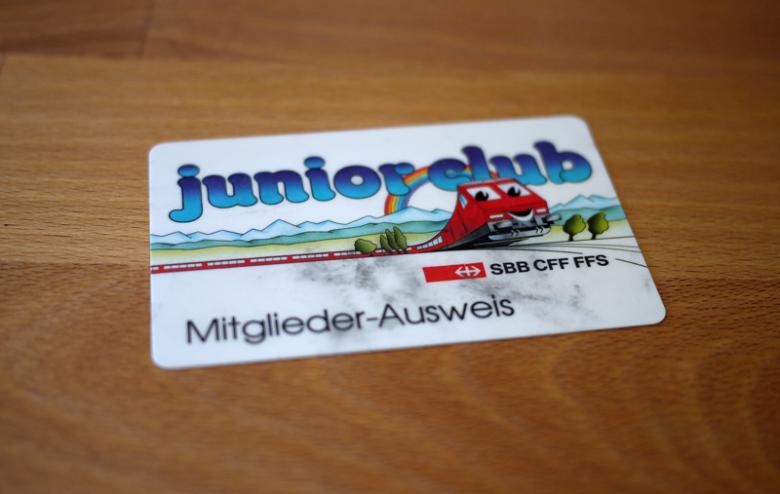