Positive review for Swiss 'Flower Power' at Expo 2017 in Astana

This weekend, the doors closed on the Swiss pavilion at Expo 2017 in Astana, Kazakhstan. Presence Switzerland is pleased with the success of its 'Flower Power' pavilion, where it presented Swiss approaches to energy efficiency, renewable energies and global water management. The Swiss delegation also used the platform to stage around 60 events promoting exchange on specific education, research and innovation topics between key parties from both countries.

Between 10 June and 10 September 2017, more than 110 countries presented their solutions to the 'Future Energy' theme of the first global expo to be held in Central Asia. Under the 'Flower Power' motto, the Swiss pavilion emphasised the power of nature in the form of renewable energies. In an interactive exhibition, visitors experienced the expertise, innovative potential and pioneering spirit that Switzerland displays in this field. Swiss energy policy was put across to the mainly Kazakh audience in an amusing and playful way using the example of the largely energy-independent Monte Rosa mountain hut on the Gorner glacier, a sustainability-based cooking show featuring the Swiss potato speciality rösti, and the water-related projects run by the Swiss Agency for Development and Cooperation in Central Asia. At the same time, visitors learned that every individual can play their part in the energy revolution simply by being aware of the energy they use in their everyday lives. 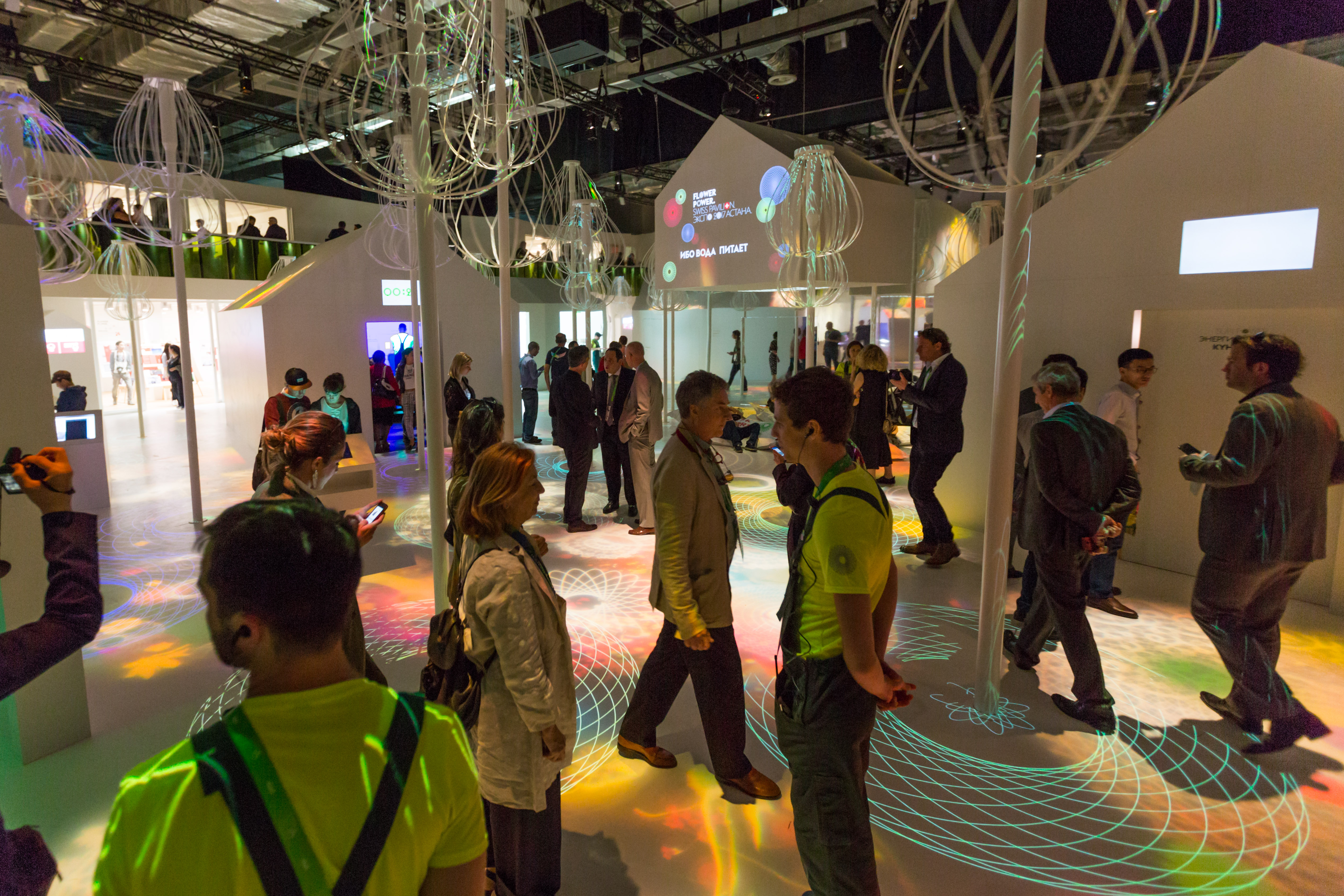 The Swiss pavilion received around 250,000 visitors. A survey conducted within the pavilion revealed that, following their visit, 86 percent of respondents believed Switzerland to be an innovative and energy-efficient country. Of the various attractions on offer the rösti cooking show was particularly well received by the Kazakh audience. The show, which involved cooking a total of 61,380 portions of rösti using energy-efficient technologies, showed how day-to-day energy use impacts on the environment, and how daily life can be set up to use energy efficiently – and even save it. The 'Mission Possible' video game produced by the Swiss Federal Institute of Technology Lausanne proved particularly popular among young people. It was played 30,184 times, and enabled users to optimise their personal energy consumption via the characters of Heidi and her grandfather Alpöhi. The Swiss pavilion and the issues it covered were also well received in local media coverage. It was recognised with a gold award from the Bureau International des Expositions expert committee for the way in which it exemplified the 'Future Energy' theme, and also won a 'Best Presentation' honour from the international Exhibitor magazine. 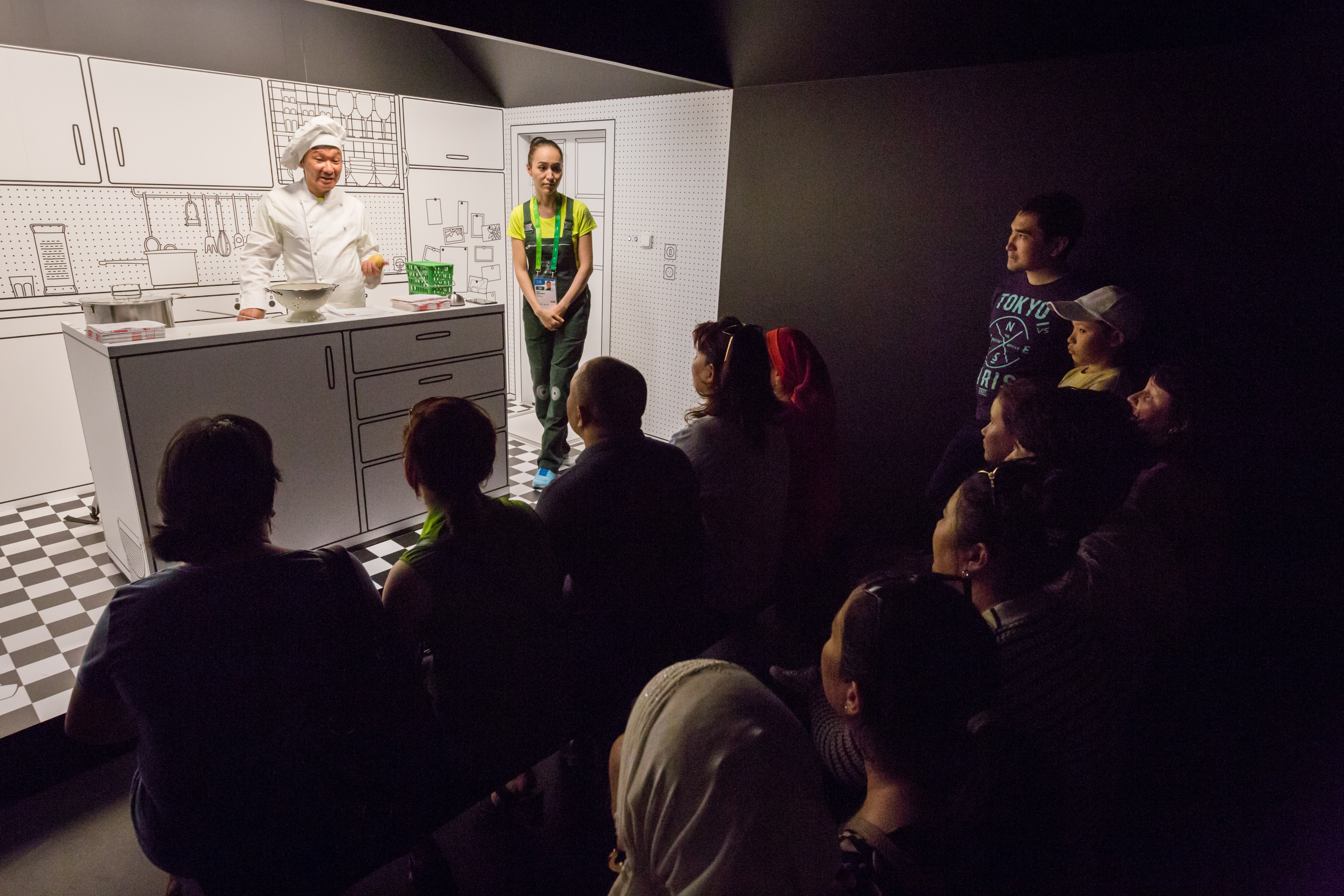 It became clear at this world expo that the trend towards renewable energies has become irreversible, remarked Ambassador Nicolas Bideau, Head of Presence Switzerland: "With its new energy policy, based on a democratic decision, Switzerland set a good example for our Kazakh visitors, who were very interested and keen to learn more".

Switzerland also took the opportunity to position itself as a leading centre of energy research and to promote potential partnerships and scientific collaboration between itself and Kazakhstan. With this in mind, a temporary swissnex was set up in the pavilion in collaboration with the State Secretariat for Education, Research and Innovation. 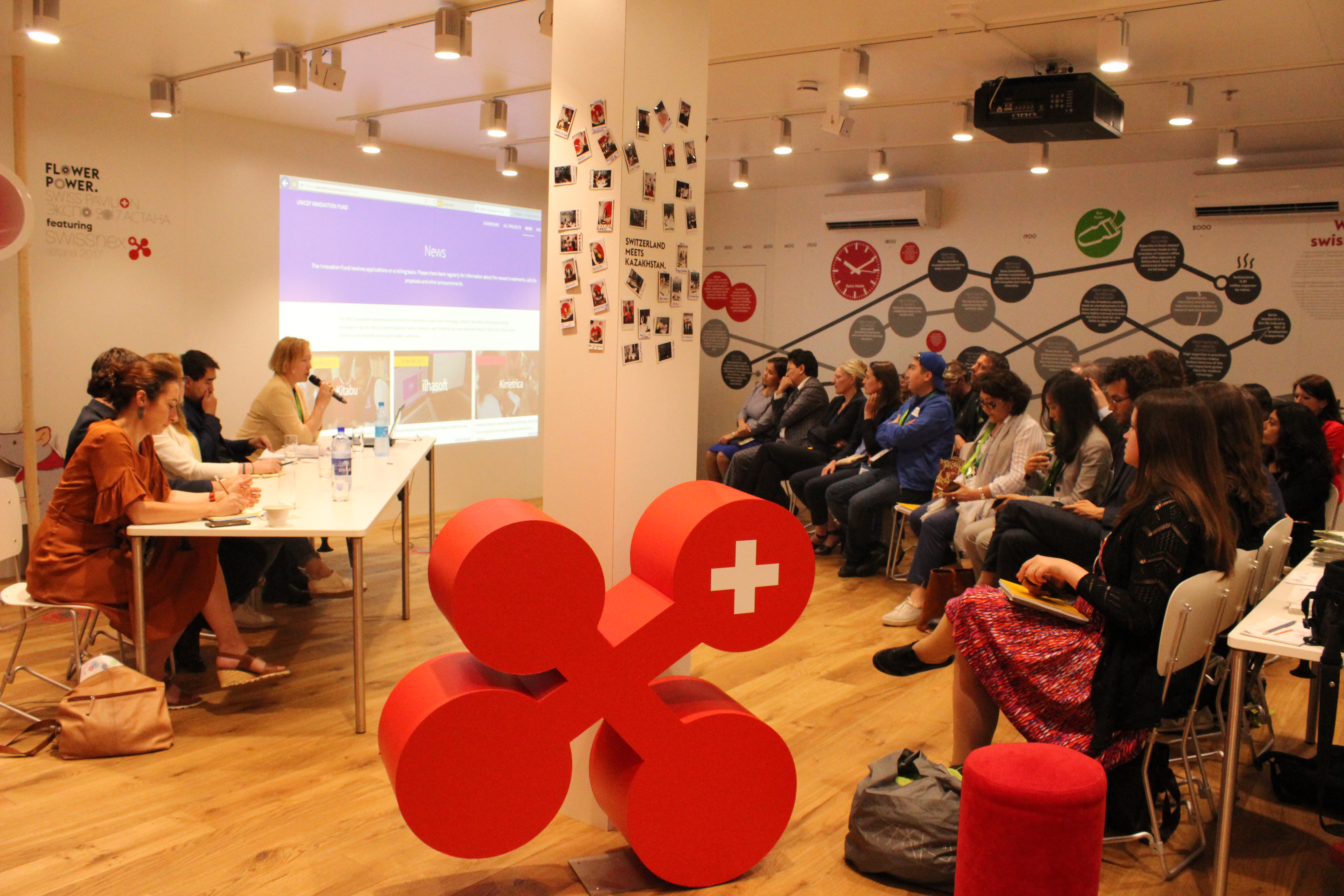 The swissnex network fosters exchange on scientific and technological issues between Switzerland and selected partner countries. During the three months of the exhibition, the 'swissnex lab' hosted around 60 themed events run by more than 20 institutes of higher education, research centres, spin-offs and innovative industry representatives. These included a delegation of Swiss researchers examining the topic of smart cities, glaciology experts from central Asia and Switzerland, and Swiss solar energy pioneer Bertrand Piccard and UN Environment Programme Executive Director Erik Solheim, who joined forces with Kazakh counterparts from the Ministry of Energy and the Renewable Energy Association to discuss scenarios for the future of the global energy landscape. Alongside this event programme, the swissnex lab offered visitors the opportunity to build solar cells for themselves using jam, and to upcycle PET bottles into solar lamps.

The Swiss government also used the global expo to honour 25 years of diplomatic relations between Switzerland and Kazakhstan. Kazakhstan is now Switzerland's most important trading partner in central Asia. Federal Councillor Didier Burkhalter began the celebrations by launching the Blue Peace Central Asia initiative, under which Switzerland is helping central Asian states with cross-border water management. The two countries also work together within the Bretton Woods institutions. Federal Councillor Ueli Maurer visited the Swiss pavilion as part of his trip to central Asia to mark the 25th anniversary of the joint voting group in the International Monetary Fund (IMF) and the World Bank, which Kazakhstan joined in 2010. The President of the Swiss Confederation Doris Leuthard also took part in Switzerland's national day at the expo on 11 August. Visiting Astana, she was received by President of the Republic of Kazakhstan Nursultan Naserbayev. 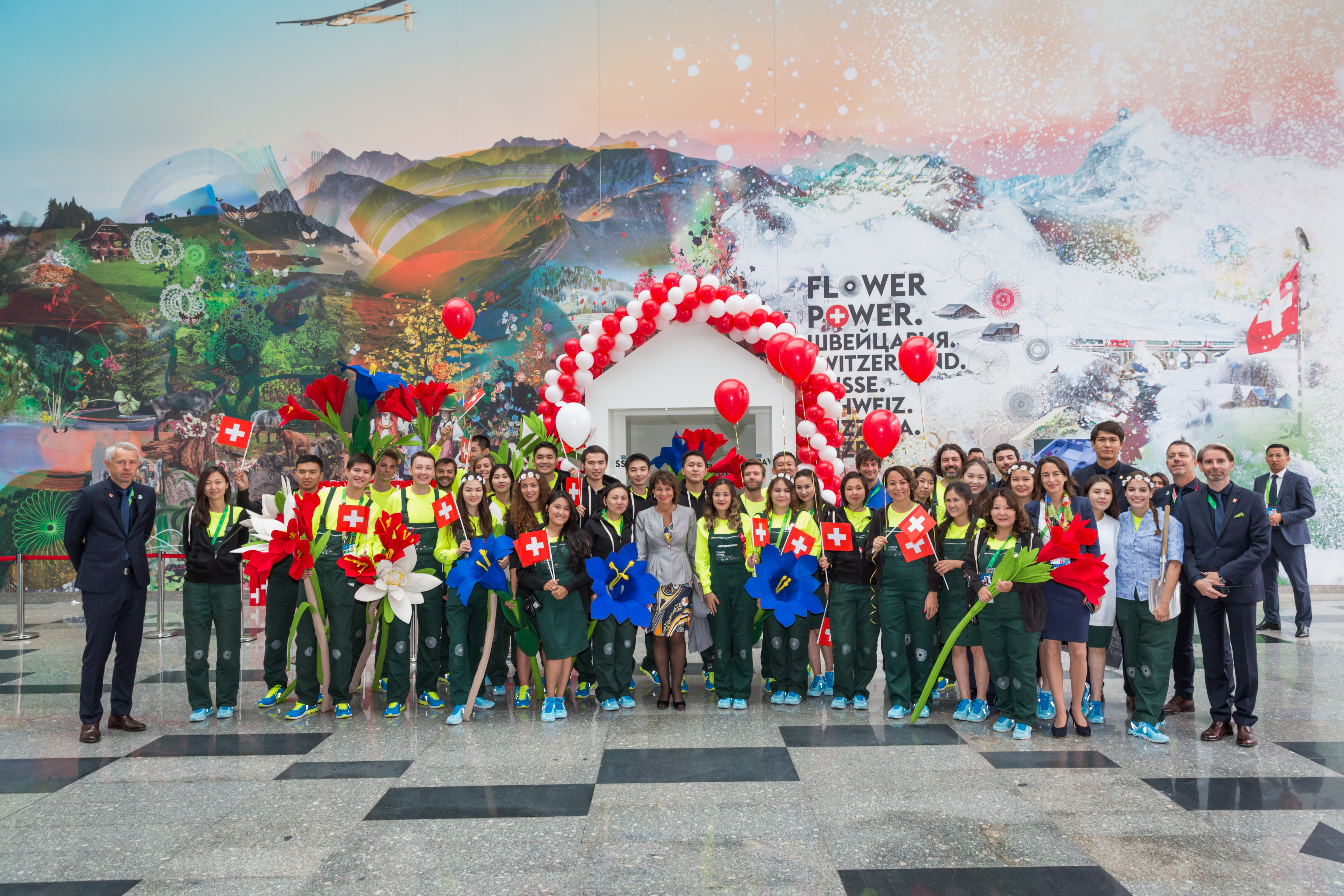 Energy will remain a hot topic for Switzerland even after the world expo. The 'Mission Possible' game will thus be integrated as a permanent exhibit at the 'Umwelt-Arena' environmental exhibition in Spreitenbach, and will also be one of the Swiss exhibits at the energissima 2018 fair in Bulle.