Swiss dams – second to none

Switzerland has more dams than any other country: the federal government is responsible for 220 major dams and the cantons for roughly 1,000 small-scale ones. This is not particularly surprising. Switzerland, with its abundance of rivers and mountains, is ideally suited to generating hydroelectricity.

Hydropower is one of the world's oldest energy sources and was already in use more than 5,000 years ago. The Maigrauge Dam in the canton of Fribourg, constructed in the 19th century, was Switzerland's first dam and Europe's first dam made from concrete. It supplied drinking water and electricity to Fribourg and local factories.

Many more dams were subsequently built and until the early 1970s, around 90% of the energy produced in Switzerland came from hydropower. As nuclear power became more prevalent, this percentage fell significantly, with hydropower now accounting for just 55% of total electricity production.

Grande Dixence Dam, which is located in Dix Valley in the canton of Valais, blocks the natural course of the Dixence River from which it takes its name. Grande Dixence is a concrete gravity dam, which means that its weight alone is great enough to prevent it from sliding or overturning.

An earlier Dixence dam, also located on Dixence River, was submerged when the Grande Dixence was constructed, but can still be discerned when water levels are low.

Some 3,000 workers were involved in this huge project, which started in 1953 and took just under 15 years to complete. One of the labourers was filmmaker Jean-Luc Godard, who later made a documentary on the construction of the dam called "Operation Concrete".

Standing at 285 metres, this record-breaking dam is Europe's tallest dam and the tallest gravity dam in the world. Grande Dixence has four power stations that pump water from 33 glaciers between the Val d’Hérémence and the Zermatt region. It generates enough electricity to power 500,000 homes.

The dam is open to visitors. The site includes a hotel, restaurant and bar and there is a cable car to carry visitors right to the top of the dam. Thrill seekers can even fly across the dam on a zip wire!

The canton of Valais boasts the world's first high-altitude floating solar power plant, which was constructed in winter 2019. The plant is a stunning feat of engineering, comprising 2,240 m2 of bifacial solar panels floating on the reservoir of the 1,810m-high Toules dam.

In fact, the Alpine environment is ideally suited to the production of clean energy: the floating solar power plant generates 50% more power than those at lower altitude. In general, the Alpine cantons alone produce 63% of Switzerland's hydroelectric power.

The floating solar power plant project was awarded the 2021 Watt d'Or prize for its pioneering technology which has inspired many Swiss and non-Swiss companies.

Another large-scale solar power plant has now been completed along the lines of the Toules reservoir plant. The plant, which is the largest of its kind in the world, started generating electricity in October 2021. Solar panels with a surface area equivalent to 1.5 football pitches are being installed on the walls of the Muttsee dam, which is the highest in Europe.

The plant will be fully up and running by next year. The project was launched by energy company Axpo in cooperation with IWB, the energy supplier for the canton of Basel-Stadt. The south-facing walls of the dam mean that the solar panels generate the maximum amount of energy throughout the year. 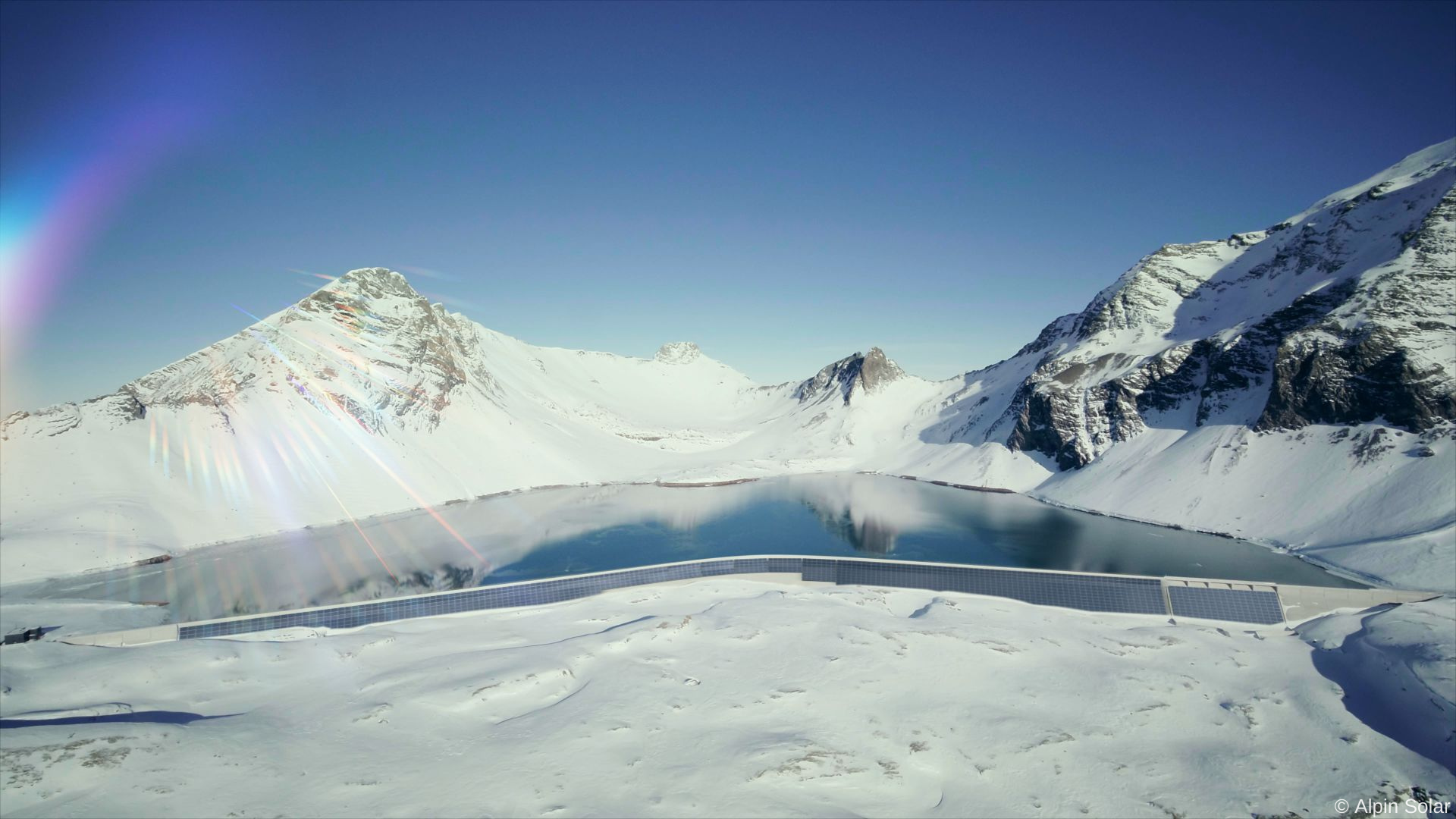 The dam cannot be accessed by road, so the various plant components need to be transported by helicopter and the work is weather-dependent. Once completed, the plant will supply power to up to 740 homes. The Denner retail chain has already entered into a 20-year commitment to purchase electricity generated from the plant.

Underwater village at the Marmorera Dam

The Marmorera Dam is one of 33 dams in the canton of Graubünden. It was constructed in the middle of the 20th century and is just under 91 metres high.

On the face of it, the dam does not seem particularly distinctive. But if you peer into the depths of the reservoir you can see what appears to be a ruined village.

And this is exactly what it is! In the Middle Ages, Marmorera was a small village with a church, school and a large number of stables. It was flooded during the construction of the dam and reconstructed on the eastern shore of Lake Marmorera.

Anyone tempted to search the flooded village for historical objects should note that it is prohibited to dive near the dam. Lake Marmorera is situated in Ela Park, Switzerland's largest nature park, which makes it a highly attractive tourist destination.

The Contra Dam, which is an arch dam, is located in the Val Verzasca in the canton of Ticino. You may vaguely remember the below image from the movie GoldenEye. 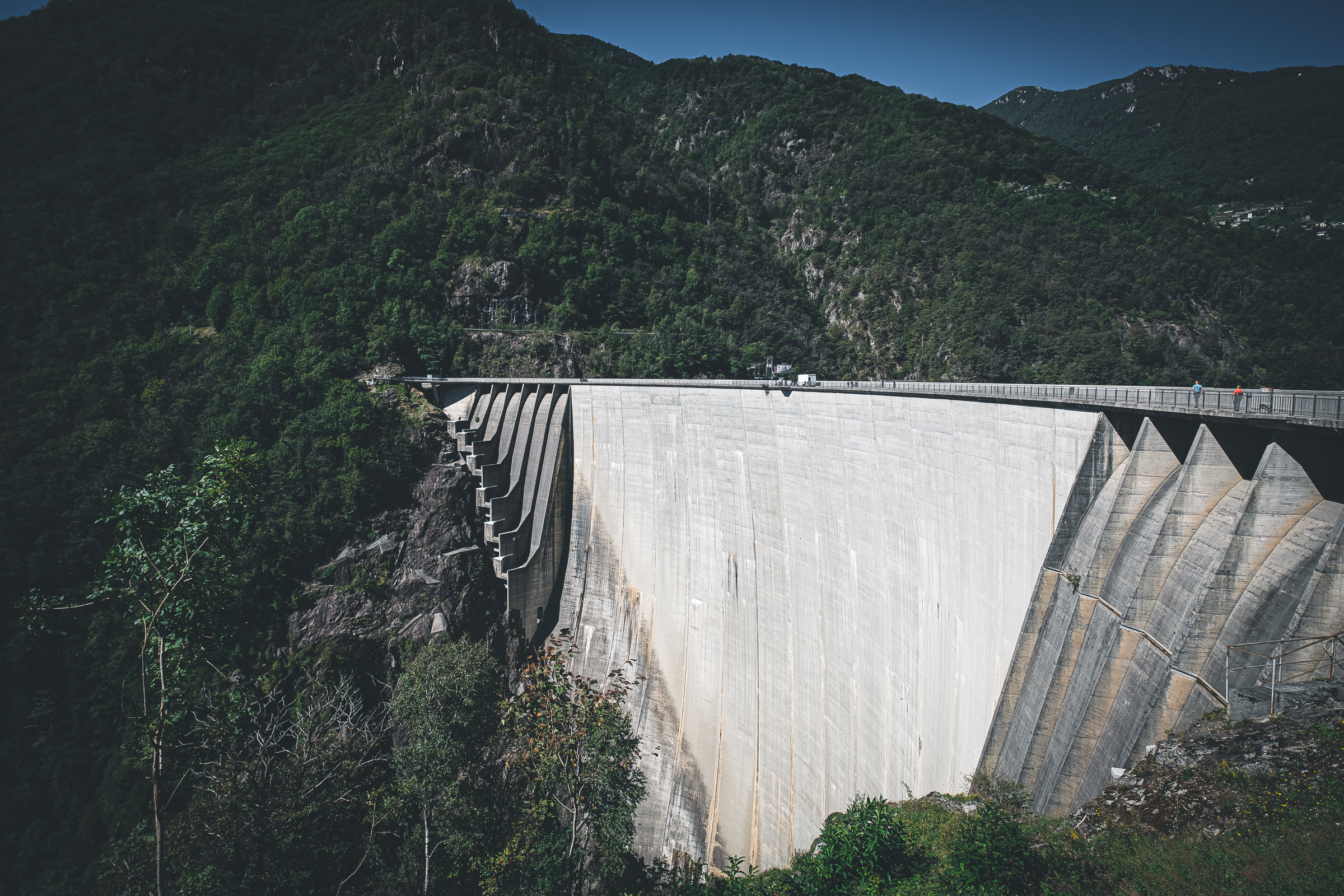 This is the very spot where James Bond jumped, breaking the world bungee-jumping record in 1995. The famous jump is often referred to as one of the best stunts in film history.

And finally, Swissmint, the federal mint, has launched a set of three commemorative coins spotlighting renewable energy. The new 20 franc "hydropower" coin is the first Swiss glow-in-the-dark coin and a must-have for dam enthusiasts.

The Swiss discoverer of Petra

The catacombs of Valais: as fascinating as those of Paris