150 years ago, Europe's first mountain railway opened on the Rigi

Cogwheel trains are an iconic part of Switzerland's proud rail history. A look back through the archives of the first Alpine cogwheel line, between the cantons of Lucerne and Schwyz.

The Rigi mountain railway, Europe's earliest cogwheel railway, is turning 150 this year. At an altitude of 1,797 metres, the Rigi isn't the highest mountain in the region. Still, it is undoubtedly the most famous. It paved the way for alpine tourism in Switzerland and sparked a continent-wide trend.

To cope with an incline of more than 4%, trains need to use a rack and pinion gear system. Swiss engineer Niklaus Riggenbach was the first in Europe to build such a cogwheel railway. The Vitznau-Rigi line, which took just two years to complete, was inaugurated on 21 May 1871 in the presence of "countless figures from the world of business and politics", according to the Neue Zürcher Zeitung. Two journalists from the Zurich daily newspaper were among those invited to "see this marvel of technology become the first train to climb to 1,100 metres". In a newspaper clipping in Gothic font, one of them recounts his experience.

The journalist sweeps away the fears of some observers that the venture – relying on a new technology to haul a train up a precipice – was too risky. "As soon as the first car was boarded, under the personal direction of Director Riggenbach, a feeling of complete security swiftly took hold of all its occupants."

Safer than any lowland line

In July that year a correspondent of the Journal de Genève was also keen to reassure readers of the line's safety. "I observed that a great deal of prejudice persists which prevents many tourists from using this mountain railway [...]. I can say with a clear conscience that the Rigi line seems to me safer than any lowland line. I would not have believed it eight days ago.  'strong, agile mountain men' work in shifts of fifteen minutes, one after the other, walking twenty paces ahead of the locomotive to serve as scouts. They never run, they merely lengthen their strides."

A boom in Alpine tourism

Others were quick to follow suit. The 5-kilometre, hour-long journey generated a tourism boom in the region. Four years later, another line was inaugurated, also on the Rigi, departing from Arth in the canton of Schwyz (the two companies merged in 1992). The popularity of cogwheel trains spread throughout the Alps, culminating in the construction, from 1898 to 1912, of the Jungfrau Railway at an altitude of 3,454 metres.

The system used on the Rigi was also quick to catch on in lowland areas. In Lausanne in the canton of Vaud, the authorities were studying Riggenbach's system for the Lausanne-Ouchy metro project even before the inauguration of the Vitznau-Rigi line. This solution was considered along with a pneumatic system and another that used "a cable", revealed the Lausanne Gazette on 14 April 1971. In the end, the metro line opted for the cogwheel system, which had proven its reliability on the Rigi.

Invented 150 years ago, the rack and pinion system developed by Riggenbach is still one of the most widely used cogwheel systems in Europe today. It can cope with inclines of up to 50%. This has allowed Switzerland to preserve and maintain Riggenbach's legacy. With its 40 working cogwheel railways, it remains a leader in this technology. 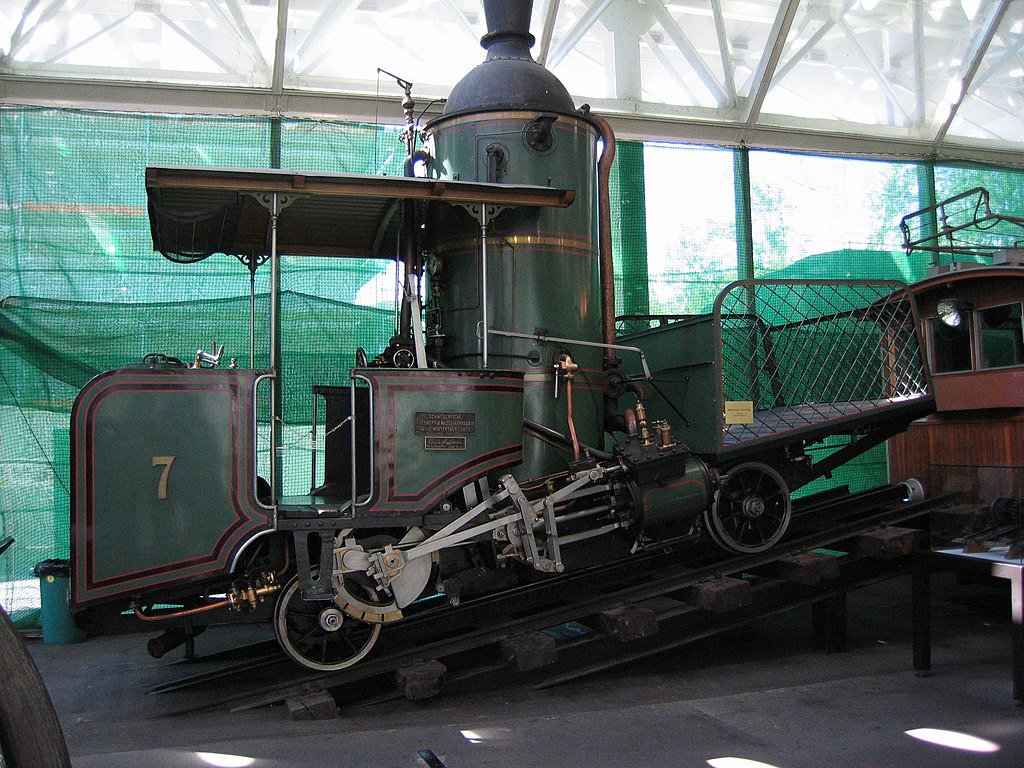 Article originally published in Le Temps by Florian Fischbacher for SDA-ATS, 21 May 2021