Algae to feed the planet

Mine Uran stepped down as Head of Protein R&D at Nestlé to set up a start-up. Her vision is to produce food for the future by growing micro-algae in the dark.

The entrepreneur chose the hospitality management school Ecole hôtelière de Lausanne (EHL) as the venue for a planning meeting. "As a second step, I'll be meeting a group of students who are working on a project relating to my company as part of their degree. We're looking to expand our sales outside Switzerland," explained Mine at the EHL campus, which is bustling with young people of all nationalities. After making a few enquiries, she manages to find an empty classroom.

Mine Uran is clearly a woman of action. Once an idea has taken hold, she pursues it single-mindedly. Having decided to leave Nestlé, for example, where she had been working as Head of Protein R&D, she sprung immediately into action. "I guess I was suffering a mid-life crisis, and I've always been one to jump in with both feet," she says, bursting out laughing. "I wanted to do something that would really make a difference to society and the environment."

Mine Uran, an industrial engineer who grew up in Istanbul, has come up with a solution to the food crisis the world is likely to face by 2050. "All the experts are sounding the alarm. It won't be possible to supply enough protein to the 10 billion people expected to be on the planet in thirty years' time. How are we going to feed ourselves from arable land that will inevitably disappear?" she asks.

In a number of government reports and an article in January's edition of medical magazine The Lancet, experts claim that we need to halve our overall consumption of red meat and sugar and double our intake of fruit, vegetables and nuts.

But for Mine Uran, this does not go far enough. She started looking for solutions in the sea, rather than focusing on insects, soya or oilseeds, and identified the golden chlorella micro-algae, which is invisible to the naked eye. She grows the micro-algae in vats in the dark, which stops it from developing its green colour and bitter taste.  "The chlorella ferments – a kind of brewing process – in a factory in Portugal," she says. This produces a liquid substance that is then dried and ground into a yellow, tasteless powder. 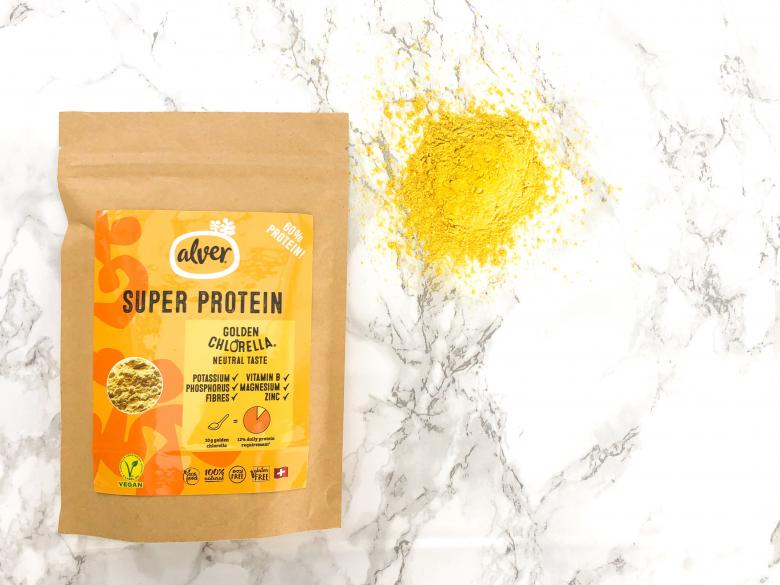 A steak is made up of 25% protein while the other 75% is fat, fibre and carbohydrate.

"Chlorella has the advantage of containing 63% protein but is also packed with vitamins B1, B2 and B6 and minerals, such as calcium, iron, magnesium, phosphorus and zinc. The product requires 44 times less water, 41 times less arable land and generates 36 times less CO2 than for the equivalent of beef protein," says Mine excitedly. "A steak is made up of 25% protein while the other 75% is fat, fibre and carbohydrate."

Mine Uran was so convinced by her discovery that she patented the technology. Majbritt Byskov-Bridges was a key person in persuading Mine to leave her secure job at Nestlé and create a start-up. Majbritt is an economist who worked in finance, with a special interest in sustainable funds. Mine Uran met her a few years ago at the Women's International Networking conference in Rome.

"We've taken a huge risk. But sometime in life you have to go with your convictions and grasp opportunities," says Mine Uran, giving co-founder Majbritt a complicit glance. The golden chlorella start-up and Alver brand were launched in 2016. A crowdfunding campaign on the Raizers platform raised CHF 288,000.

The Swiss start-up now has a turnover of CHF 300,000, selling its products in dozens of pharmacies and specialised grocery stores and through its website. The company sells the powder 'as is' as well as pasta, soups, cereal bars and sauces containing the plant protein. Mine also works with partners, including Takinoa and Manor, which incorporate the powder in various dishes. 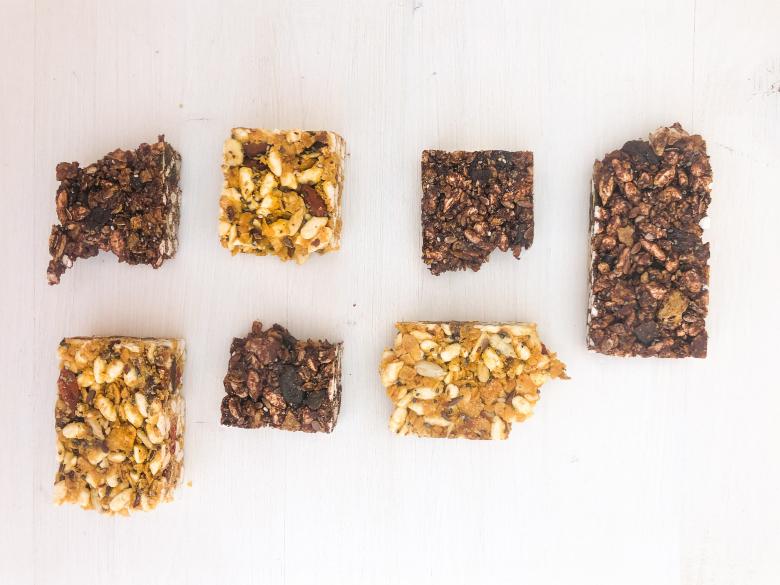 "We are working on a golden chlorella steak with ETH Zurich. The idea of muesli was also floated in March," says Mine, who is a vegetarian and hopes to attract not just vegans, but also flexitarians (people who are mainly vegetarian but occasionally eat meat or fish). "We're intending to export our products to Germany and the UK," asserts Mine Uran confidently.

She knows Germany very well, having studied engineering there. "I was astonished to find that I was the only woman at lectures. The mathematics and physics faculties at Bosphorus University in Istanbul had both male and female students."

Country going through an 'adolescent crisis'

Mine Uran and her sister had a modern, egalitarian upbringing. "My parents encouraged me to study and never held me back. They grew up in Turkey when President Mustafa Kemal Atatürk was in office. He gave women the right to vote and established the principle of secularism in the constitution. I'm sure I had a more modern childhood than many Europeans," reminisces Mine Uran. She regularly goes back to Turkey, which, in her opinion, is now going through an 'adolescent crisis'.

Mine, who now lives in Chardonne and has three sons, has never stopped working. She also worked at Unilever and DuPont before joining Nestlé. "Stopping work to focus solely on raising my kids would have been a waste," she says in no uncertain terms, adding on a lighter note, "I still take good care of my boys and cook them balanced meals, as demonstrated by the fact that they are now taller than I am".