The city of Neuchâtel has been hosting the Grape Harvest Festival for more than a century. Over a long weekend in late September, the streets of this small city in French-speaking Switzerland with a population of just over 33,000 are the backdrop for this outdoor party. This festival kicks off the grape harvest, the bounty of which will be used by winemakers all over the region to produce this year’s vintage.

The Fête des Vendanges, as it is called locally, has become a veritable institution over the years. It is also one of the largest wine festivals in Europe, with up to 340,000 people taking part over the three days. Buoyed by a reputation that reaches far beyond the canton’s – and even the country’s – borders, this popular festival celebrates the sort of heritage that all Swiss people can appreciate and identify with: good quality wine!

Celebrating the harvest away from the vineyards

The earliest record of winegrowing in the Neuchâtel region is a contract of sale dating back to the year 944. But it was not until almost 1,000 years later that a festival marking the start of the grape harvest in this region was organised.

The first parade, in 1900, gave way to a more elaborate Grape Harvest Festival, with a variety of attractions, in 1902. And since 1903, printed programmes and posters have chronicled the event’s growing success. Local residents quickly lent their support to the popular festivities, as the proceeds were used to fund charitable causes.

Although the festival and its parades became a fixture in the region early in the 20th century, they were not held between 1914 and 1920. The festival resumed in 1921 with a format that is very similar to what festival-goers enjoy today in the streets of the old town – and still on the last weekend of September.

In order to maintain quality and authenticity, only 12 wine varieties are entitled to the Neuchâtel protected designation of origin label. The region’s winemakers produce both white wines – mainly chasselas, pinot gris and chardonnay – and reds – led by pinot noir. Nearly half of the region’s pinot noir output is used for Œil-de-Perdrix, a local speciality that flows freely at the Grape Harvest Festival.

The Neuchâtel Grape Harvest Festival has featured a procession of flower-decked floats since its early days. The floats, now pulled by cars rather than horses or bicycles, are true works of highly colourful art. With more than 55 floats, this parade makes Neuchâtel’s festival one of the leading events of its kind in the world and a sure bet to delight all comers. 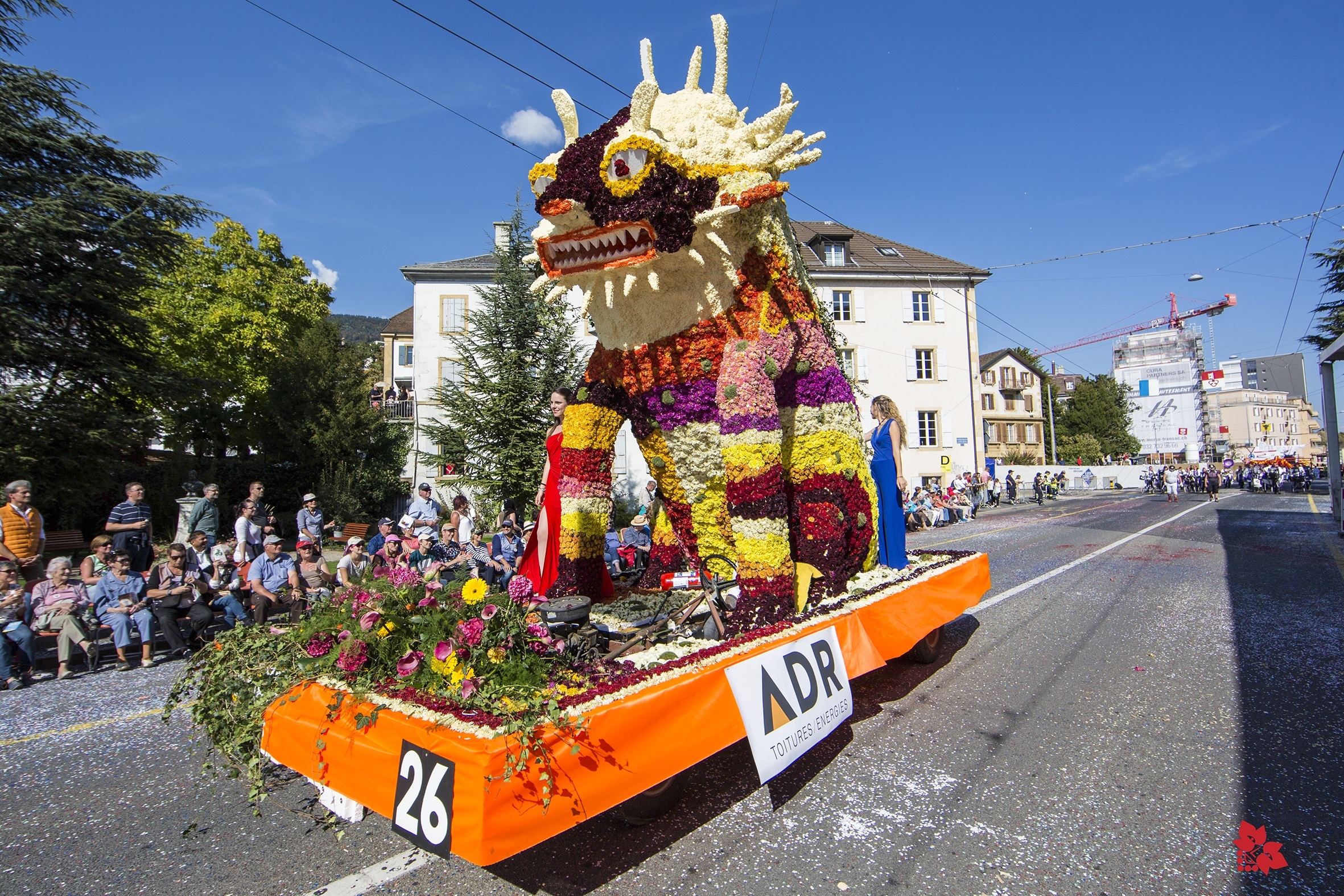 Creating the floats for the Grape Harvest Festival is no simple task. The float designers get down to work on the following year’s festival just a few months after the previous one has ended. And since the festival has a different theme every year – this year it’s ‘The Magic Barrel’ – every floral procession is unique as well. 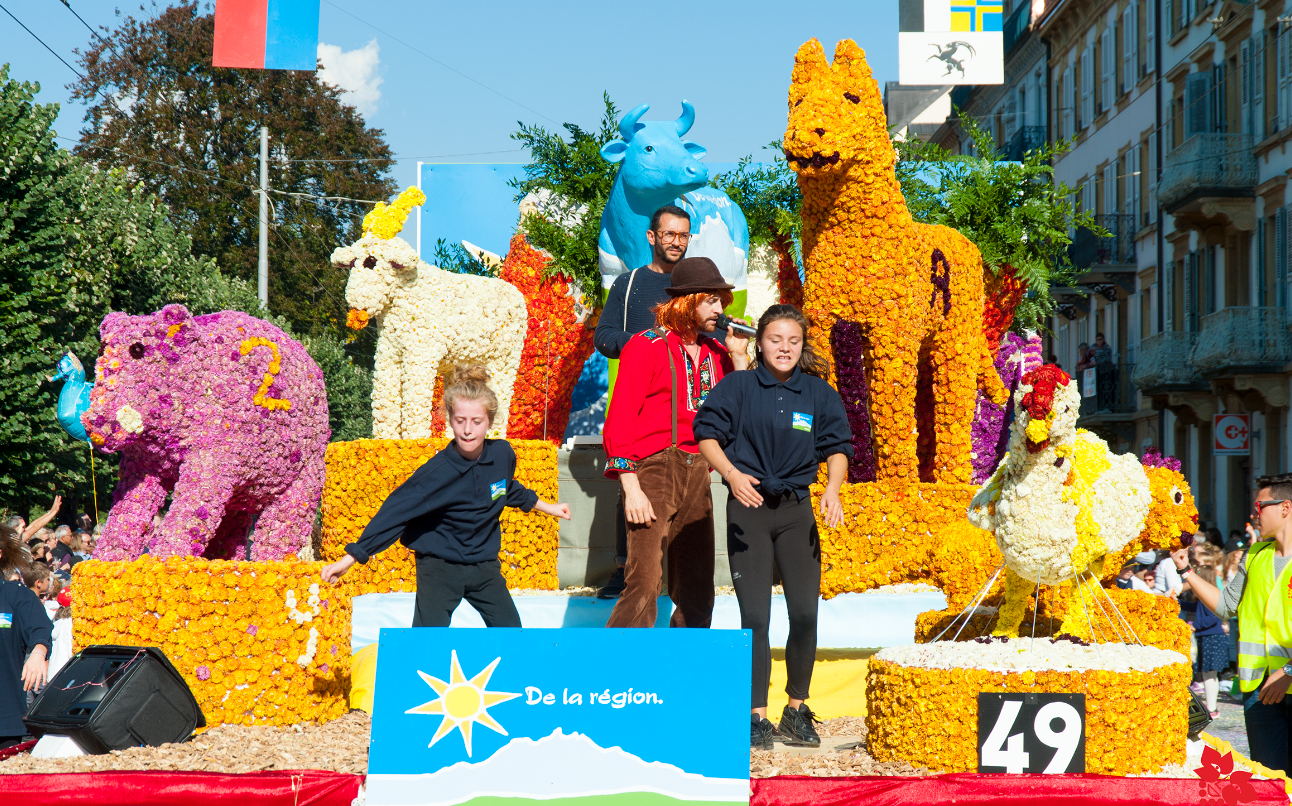 Three weeks before the festival begins, the wood and foam frames are attached to the float platforms. Then, at the last possible moment, each float is colourfully decorated with some 30,000 flowers, mostly dahlias and carnations. This painstaking work is done by volunteers from around the region who give freely of their time in order to carry on this Swiss living tradition.

A popular and unifying festival

The floral procession at the Grape Harvest Festival is truly the high point of the entire event. On Sunday, after two exhausting days (and nights) of fun, festival-goers can see Miss Neuchâtel Grape Harvest Festival, taste the wines served up by local vintners and enjoy the music provided by carnival marching bands. To top it off, confetti cannons redecorate the streets as they rain down colour on the 30,000 spectators.

The floral procession follows a loop on the east side of town, yet the official parts of the festival are held in the pedestrian zone of the city’s historical centre alongside some 180 stands run by local companies and merchants. The Grape Harvest Festival is an opportunity for people from all walks of life to come together for a bit of fun as they celebrate the region’s vineyards. It is even common to see politicians – from local elected officials all the way up to federal councillors – relaxing and enjoying a glass of wine and other local specialities with the crowd.

And in a display that’s not to be missed, on Saturday evening the musical fireworks over Neuchâtel’s waterfront set the lake on fire, adding an aura of magic to the festivities. 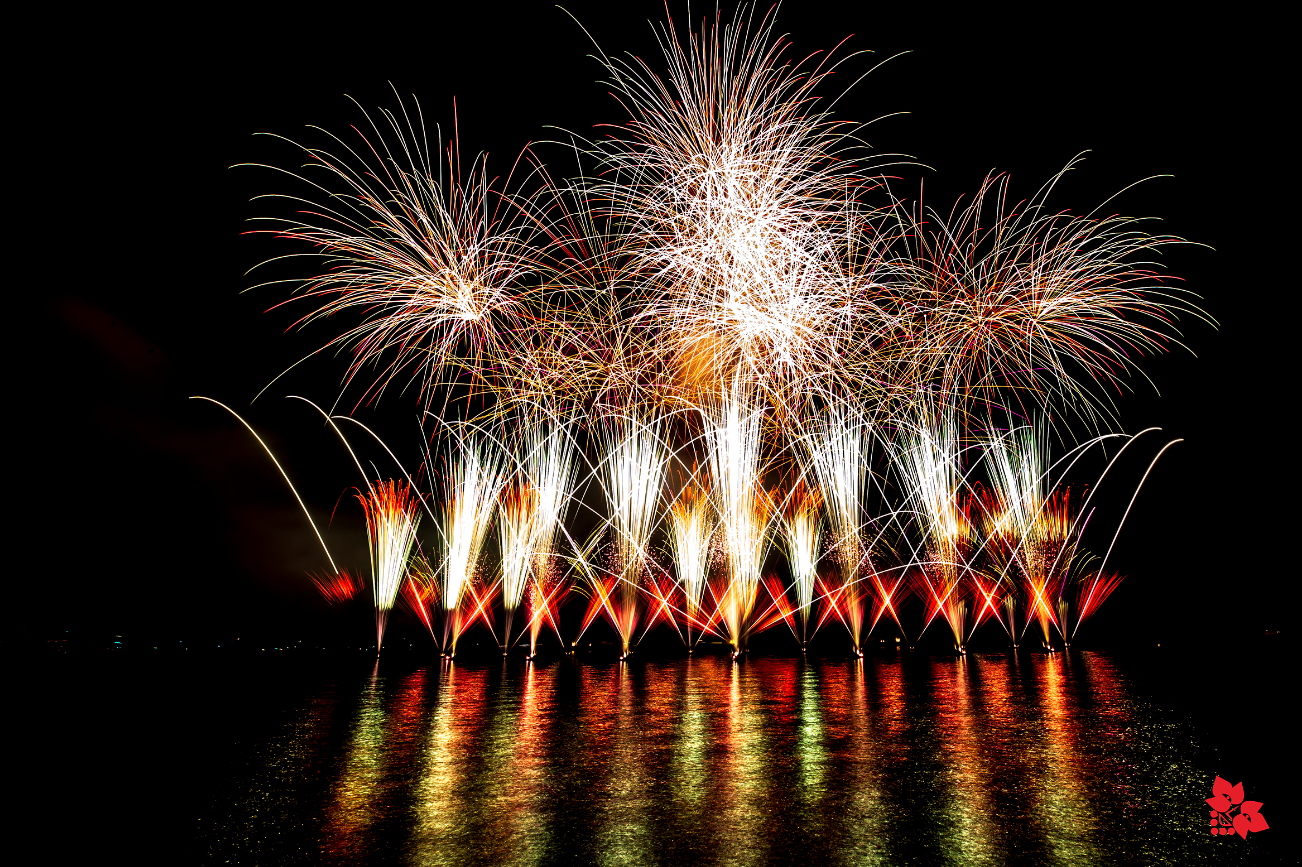