Switzerland is regarded as a world champion of recycling. More than half of the country's waste is recycled. And yet, still more could be done in biowaste recycling. A new start-up in Zurich has been looking into this issue and is developing worm compost systems for domestic use. With these systems, organic waste can be easily and practically converted into excellent fertiliser at home.

Enormous quantities of organic material end up in incinerators or open landfills worldwide. The latter are responsible for 3% of man-made greenhouse gases (mainly methane). Switzerland no longer has any landfills for household refuse, but that doesn't get rid of the problem. With some 30% of waste organic, this means that huge quantities of nutrients and organic matter are being destroyed in incineration plants. These substances must then be replaced by means of artificial fertilisers. From an environmental point of view, this linear process clearly has a negative impact. Which is why innovative solutions are needed, in order to make better use of organic waste.

WormUp is an innovative company working on natural ecosystems. Stable ecosystems operate in closed cycles. For millions of years, dead organic material has been naturally transformed into humus. As large quantities of CO2 are absorbed, soils become more resistant to weather and climatic variations, and new nutrients are available to plants.  Earthworms play a key role in this process, which takes place directly where the material accumulates, creating a local closed cycle.

Worms are the answer

The people at WormUp have translated this concept into an urban context. Their idea is that wherever organic waste is generated, it can also be directly converted into nutrient-rich humus: instant fertiliser. The key is compost worms (Eisenia foetida), which together with bacteria and other microorganisms produce compost.

The compost has a very good structure, contains a broad range of microbes and a high content of nutrients accessible to plants, and has excellent disease-suppressing properties. Worm compost has a positive effect on the physical and chemical composition of the soil, and on its fertility. It revitalises the soil, improving its structure and water balance, suppressing soil-borne diseases. Meanwhile, nutrients are slowly released from humus compounds, making them available to plants instead of being lost to the air or groundwater. The positive effects of a (worm) compost are so much more than those provided by mineral fertilisers, which just provide nutrients. It is perfect for indoor, balcony and garden plants. 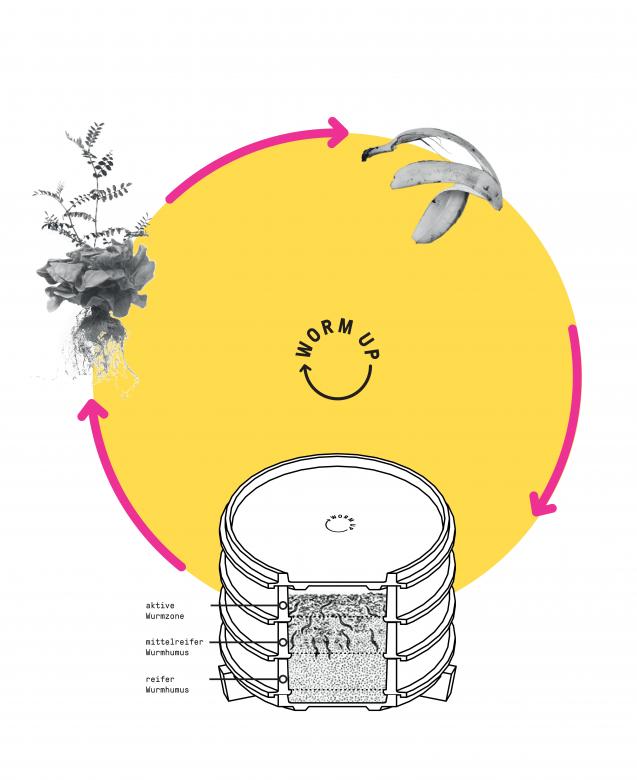 The Swiss worm composter for domestic use

WormUp has designed worm composters made of clay. In 2019 Wallpaper Magazine (UK) awarded the WormUp HOME model the prize for 'Best natural selection'. The Swiss composter works like this: simply put your non-recyclable waste from cooking, coffee grounds, tea bags and egg boxes into the worm composter. The worms are attracted towards any fresh waste and move right in, converting it into high-quality fertiliser – a process that is both odour-free and hygienic. 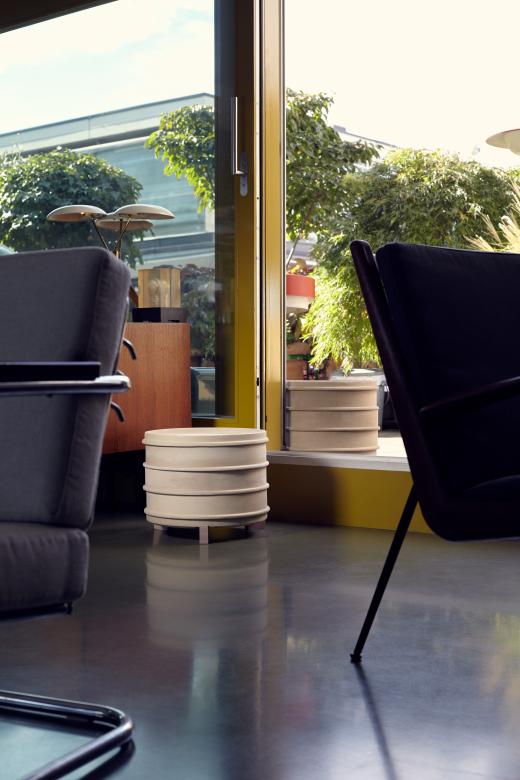 As the WormUp HOME is odourless, you can keep it anywhere you like: outside, in the basement, in the stairwell or even indoors.

The WormUp SCALE is designed for larger quantities of waste, intended especially for gardeners, schools, residential areas, local communities or restaurants, for example, and aimed at creating greater self-sufficiency. The SCALE is modular, so it can be adapted to the amount of waste you have. In order to close the cycle further, the SCALE can also be used for raised-bed gardening. So for example, you can have tasty, 100% organically grown fresh tomatoes right outside your door, produced from waste.

The WormUP HOME can compost up to 65 kg of biowaste per year.

The starting population is 1,000 worms.

703 kg/year of municipal waste per person is produced in Switzerland (2017, FOEN)

30% of household waste in Switzerland is organic.