Cheese might be a Swiss cliché, but then Swiss cheese is also a premium gourmet product. Having obtained the title of Swiss champion in 2016, two cheesemakers from the canton of Valais became world champions in 2018 with their sheep's cheese. This is the story of how two cheese enthusiasts came to make one of the big cheeses of 2018.

How they got into cheese

"We weren't always cheesemakers; we got together through our love of cheese." Bertrand Gabioud and Yann Sutterlin are the founding partners of La Fromathèque cheese cellar in Martigny, which opened in 2013 as a place to buy local products and enjoy an aperitif in a convivial atmosphere. A panel beater and an architect, in their early thirties they both felt an overwhelming urge to return to their Valais roots, and found a new calling as cheesemakers.

"I'm from the region of Orsières, and I already wanted to be a farmer as a kid," says Gabioud. "I did a three-week intensive training course in cheesemaking in Châteauneuf. But it was on the high pasture that I really learned the trade. I worked my way through all the stages of production to get a feel for the different aspects of cheesemaking before starting to make cheese myself. Then I took over the pasture, and stayed for six years.

Later, the opportunity came up to take over his father’s wine cellar.  “I wanted to create a welcoming place where people could come and buy the products – to open up my world to the general public.” The idea for the business he would develop with his current business partner was born. Yann Sutterlin was drawn to cheesemaking by the wonderful flavour of the sheep’s milk products. “I bought some sheep and started farming, like I always wanted to”. He worked for two more years in the garage and kept sheep on the side until he bought a farm in Verbier and became a full-time cheesemaker.

Their new careers brought Yann Sutterlin and Bertrand Gabioud together. “It was in 2011, I kept a market stall and he would bring me his cheeses to sell,” says Yann Sutterlin. Then one day a friend, Emile Deslarzes, started producing organic sheep's milk. Yann decided to start buying the milk for his cheese instead of producing it himself. That was when Bertrand told him about his project. In 2012, the two friends decided to go ahead with their idea to launch the Fromathèque. They opened their joint venture in Martigny in 2013. Five years on, and the Fromathèque employs a staff of 35. 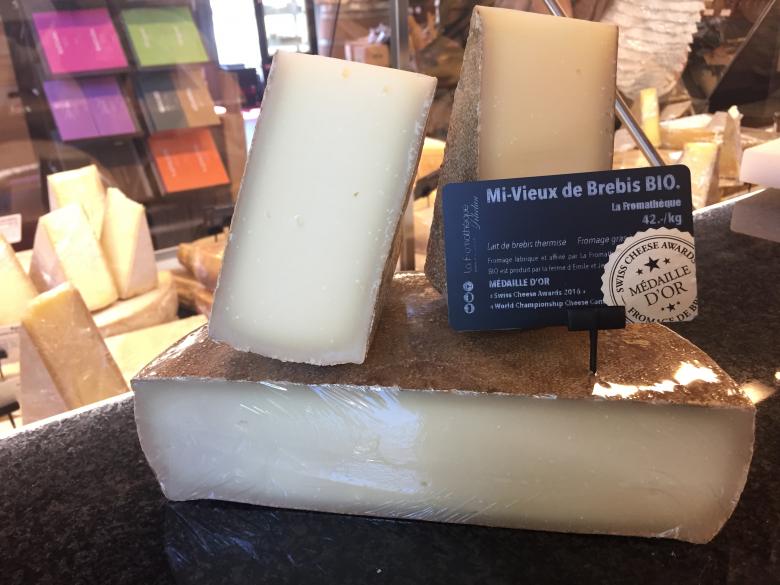 La Fromathèque is all about the cheese, which is made by Yann Sutterlin and Bertrand Gabioud or carefully selected from local producers. They process 200,000 litres of milk per year, of which 150,000 litres sheep’s milk and 50,000 litres goat’s milk. The milk comes from organic farms in the Valais region. The additional products are selected on two criteria: they must come from the Valais and be of a consistently high quality. “We work with producers we trust. Half of them are family farms – about a dozen – that have existed for decades; the other half are dairies that produce AOP-label cheeses. A few independent producers add to our selection.” 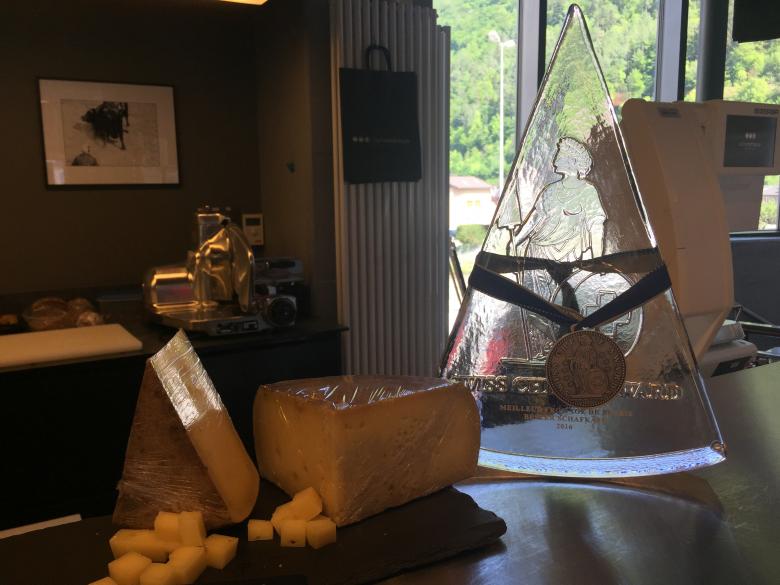 In 2016, the two cheesemakers entered the Swiss Cheese Awards, winning the title in the sheep’s cheese category. This qualified them to take part in the World Championship Cheese Contest last March. “Our cheese was cold-aged for eight months. The milk is from Emile Deslarzes’ sheep. It has a fine, creamy texture and fruity aroma,” says Bertrand Gabioud. “The cheese can be eaten melted as raclette after two months and after five months it is ready for eating cold”. The cheese’s exceptional qualities won it the world championship title in the sheep's milk cheese category in the United States on 8 March 2018. “The title is a recognition of our work. It has given us publicity and a reputation boost. But the price and quantity we produce have stayed the same. The cheeses just sell more quickly,” says Yann Sutterlin. 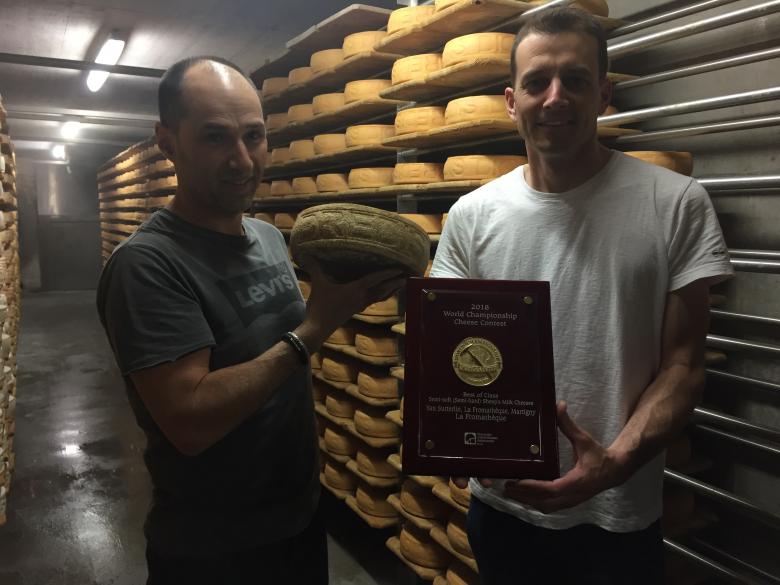 Good cheese according to Sutterlin and Gabioud

For Yann Sutterlin, it has to be made with sheep’s milk. For Bertrand Gabioud, it has to be ‘scrapable’ (suitable for raclette), and it has to be made from milk produced on alpine pastures or in an artisan dairy. “The cheese has to be aged at least nine months, be full-flavoured, creamy and cold-aged, with no trace of milkiness”